We like to keep our existing or future clients informed about the performance of our infrastructure and services. We believe transparency and honesty is key for a good business relationship. At the beginning of this year we have launched the new line of VPS servers, built on a brand new infrastructure.

Please keep in mind we have a NO OVERSELLING policy for our virtual private servers. That means all resources (HDD, CPU, bandwidth) are 100% guaranteed!

For the advanced users interested in detailed specs of our virtual private servers we ran a performance test or benchmark how others call it on each of the VPS packages we offer.

Here is a print screen of the results for the XVPS-1 package. 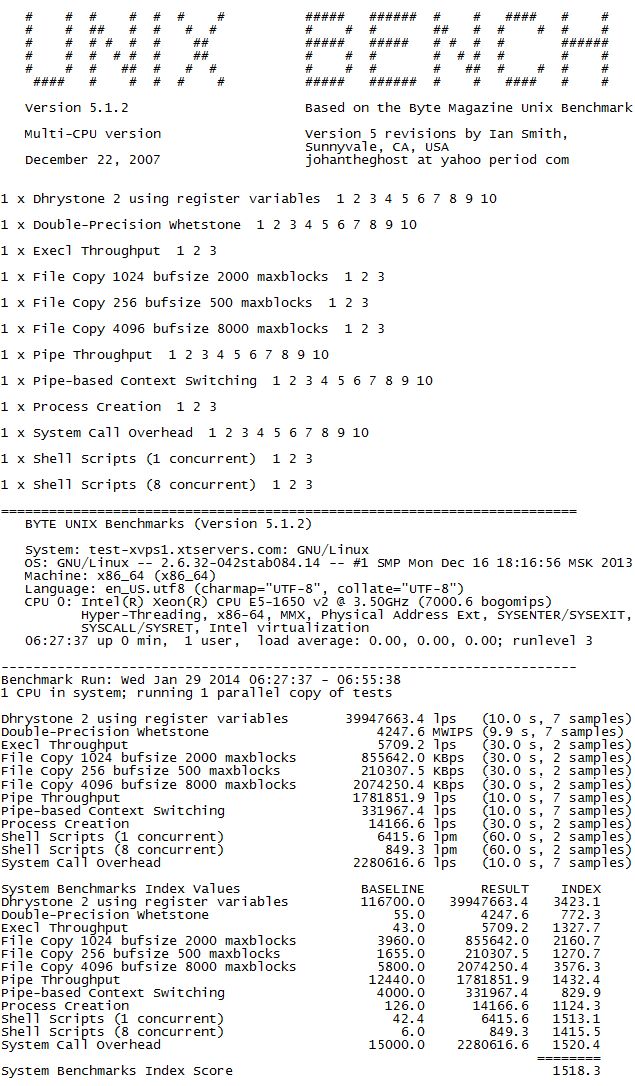 The all new 2014 extraterrestrial Shared Hosting plans are here! With a brand new, more powerful, infrastructure we are now able to offer more resources (disk space and bandwidth) at better prices. We have increased the allocated disk space and monthly bandwidth for all packages and lowered the prices.

The new Shared Hosting packages are:

You can compare the new packages with the old 2013 packages. 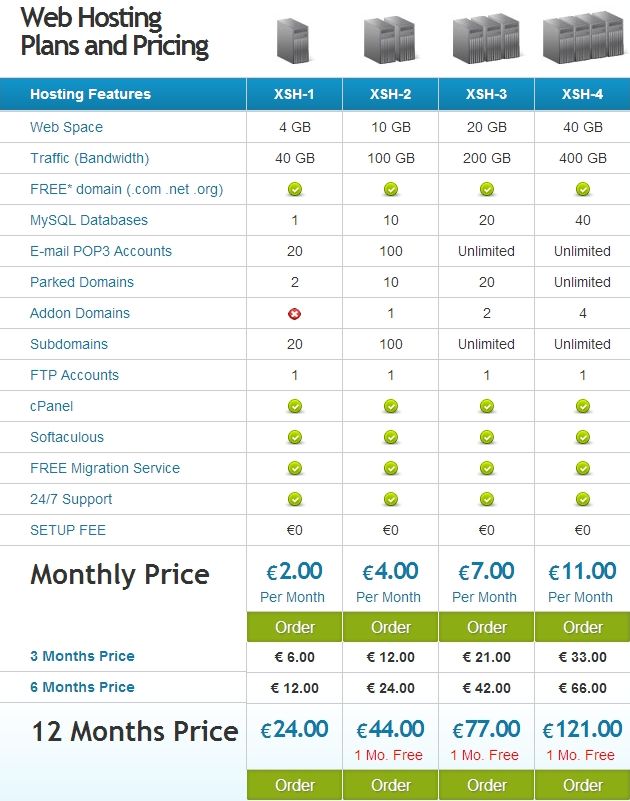 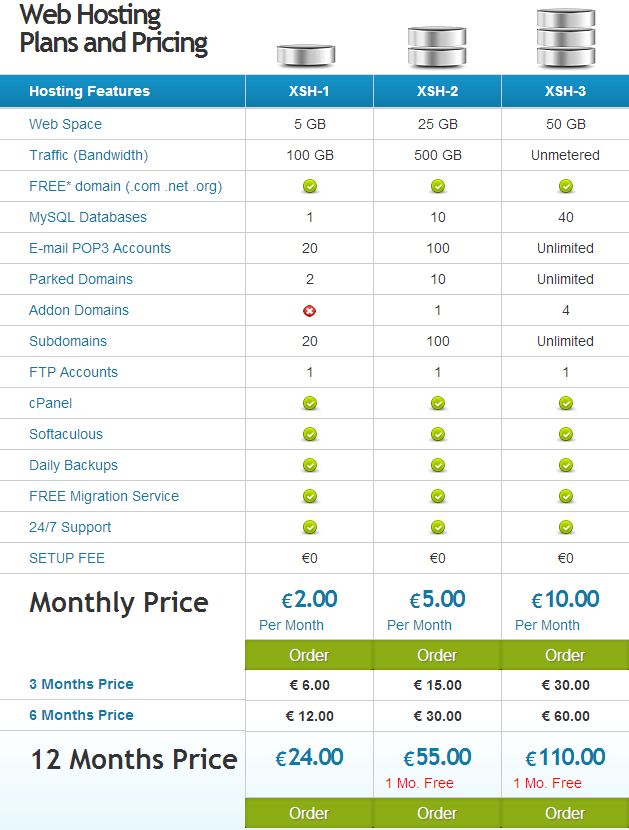 The all new 2014 extraterrestrial VPS plans are here! With a brand new, more powerful, infrastructure we are now able to offer more resources (CPU, disk space, RAM and bandwidth) at better prices. We gave up the 512MB package and lowered the prices on all packages with up to 33.3%.

Please keep in mind we have a NO OVERSELLING policy for our virtual private servers. That means all resources (HDD, CPU, bandwidth) are 100% guaranteed!

The new VPS packages are as follows:

You can compare the new packages with the old 2013 packages. 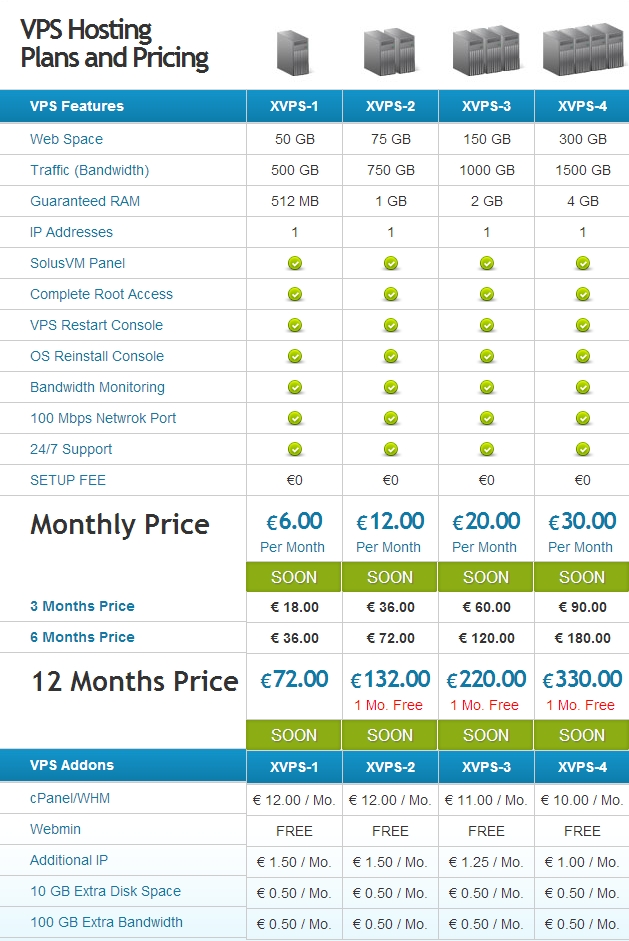 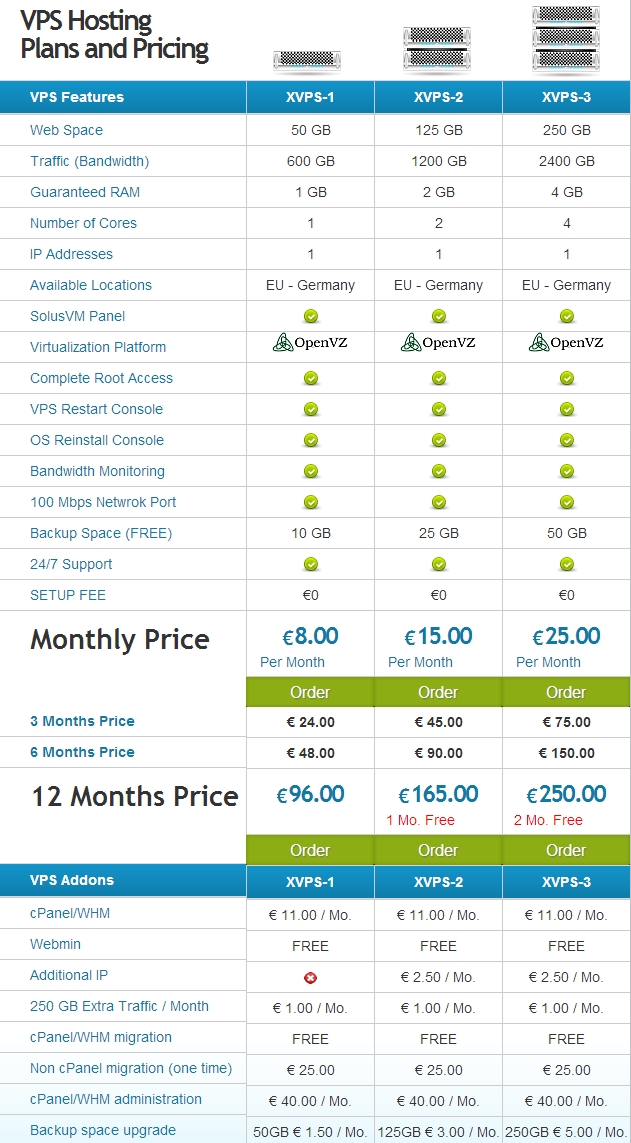 Here’s a little information about one of our partner datacenters located in Romania (Europe).

This tutorial explains how to install and run UnixBench on a CentOS Linux or Debian Linux / Ubuntu Linux dedicated server or VPS.

The purpose of UnixBench is to provide a basic indicator of the performance of a Unix-like system; hence, multiple tests are used to test various aspects of the system’s performance. These test results are then compared to the scores from a baseline system to produce an index value, which is generally easier to handle than the raw scores. The entire set of index values is then combined to make an overall index for the system.

Some very simple graphics tests are included to measure the 2D and 3D graphics performance of the system.

Do be aware that this is a system benchmark, not a CPU, RAM or disk benchmark. The results will depend not only on your hardware, but on your operating system, libraries, and even compiler.

How to install UnixBench 5.1.3 on a CentOS machine

How to install UnixBench 5.1.3 on a Debian / Ubuntu machine